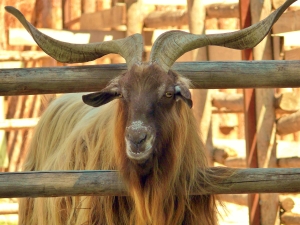 I heard a screeching noise and saw the creature for the first time. It looked like a goat, but was something different. Later, I learnt that he was a Llama. After eating the grass, he looked at me. It was a contemplative look, as though he saw something that others had missed. It was a look that animals did not give humans. It was as though he knew everything that was going on.

Later, the shepherd drove him away and the Llama threw a resigned look. I thought of him as a sage. The Llama presented an odd picture, trotting amongst regular sheep. ‘The sage’ came everyday and probed my cottage, conveying different thoughts, till the shepherd spotted and whisked him away.

locked inside a four-legged genius

The above was written for the Ligo Haibun Challenge. This week we have photos of the Llama and the penguin. Take part and share your haibun with us.